Watch John Cleese on creativity and how important it is for humanity.  One reason I’m choosing to share this video is that 2020 and 2021 were years where I was struggling to express myself creatively.  This was due to the coercion, bullying and propaganda campaigns being run to get people to buy into and comply with the global narratives.  From Covid, to Climate Change, and everything in between, I began to see that we are very much in the middle of World War Three.  But how do we Stand up and Speak Out without being cancelled?

Of course, this is part of the globalist plan – to silence us.  But no more!

In 2022 I have joined with other likeminded people and started to fight back against censorship and wokeism.  If you are in the wobbly middle, I urge you to do the same.

One way to get brave is to return to and reconnect with your Inner Creator.  You can do this online through my company, KESWiN Academy.  Or, if you are in Christchurch and love Freedom and Creativity then come and join the Free Writing Group which I run every Wednesday afternoon.  More info on this here.

About the Video:  John Cleese on Creativity

From shows and movies ranging from Monty Python’s Flying Circus and Fawlty Towers to Life of Brian and A Fish Called Wanda, the comedian John Cleese has uproariously and relentlessly satirized politics and religion while stretching the boundaries of decorum and good taste like so many silly walks.

Now 82, Cleese—who studied law at Cambridge—has recently set his sights on political correctness and wokeism, which he says are the enemy not only of humor but of creative thinking in all areas of human activity.

He appeared at FreedomFest, the annual July gathering of libertarians in Las Vegas, to discuss creativity, the subject of his 2020 “short and cheerful guide.” After giving a talk on the attitudes and habits he believes are necessary for creativity to 2,500 attendees, ReasonTV‘s Nick Gillespie interviewed John Cleese on creativity as well as about the importance of freedom of thought and expression for a flourishing society.

Mass Hypnosis – Wake up and Open Your Eyes!

Mass Hypnosis – Wake up and Open Your Eyes!  I understand that it is hard to admit you’ve fallen for the con.  But if you don’t do this now, it’ll 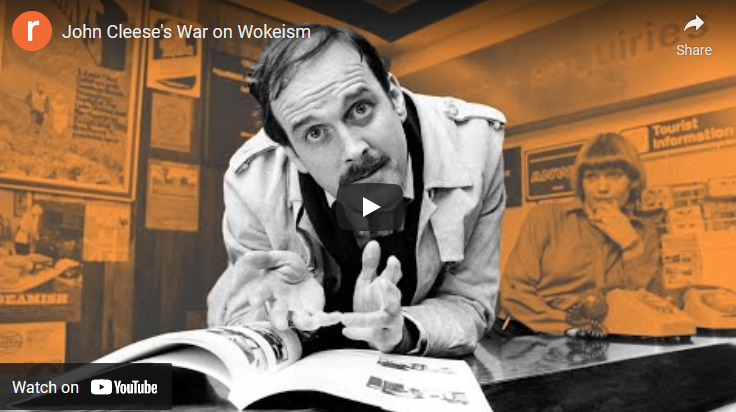 John Cleese on Creativity (John Cleese’s War on Wokeism) Watch John Cleese on creativity and how important it is for humanity.  One reason I’m choosing to share this video is

The Journey of Awakening from Mass Formation Psychosis I am being hopeful in 2022 and encouraging others to be hopeful too.  I’m hopeful about the innate goodness in human beings,