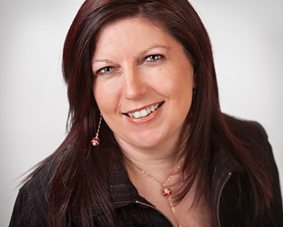 Christchurch Then and Now, 3rd Edition takes the reader on a full colour tour of Christchurch, New Zealand, and other earthquake impacted areas of Canterbury. Comparison images show the transformative journey of the region. Click on the button below to purchase now from my publisher, Keswin Publishing.

Christchurch 3rd Edition documents the city’s rebuild and transformative journey over the past seven years of natural disasters.

The Canterbury region of New Zealand, was devastated by violent earthquakes in 2010 and 2011, and Kaikoura in 2016. The Port Hills have been scarred by wildfires in 2017, and the aftermath of cyclones have caused flooding to various parts of the region.

Six years later, the rebuild is starting to progress, with people returning to new offices and shops in the Central city. The Arts Centre and other landmarks are reopening after extensive repairs. Life is slowly returning to a new normal in many parts of the city and suburbs. In other areas, life is still on hold awaiting decisions from government organisations and insurance companies.

Christchurch 3rd Edition, then and now comparison book takes you on a visual journey around post-earthquake Christchurch, Sumner, Lyttelton, Kaikoura, Rangiora and Kaiapoi. You can see how the city and outlying towns are beginning to rebuild from the disasters and the impact upon the landscape caused by earthquakes, wildfires and flooding.

A Journey Through North Canterbury and Christchurch Then and Now

How does the city and outlying regions look now? And what did they look like before the devastating earthquakes?

In 2017, Deb Donnell and friends took their cameras and revisted much loved pre-quake parts of the CBD, suburbs and outlying towns. The resulting photographs are then placed next to the pre-quake images, allowing the reader to compare then and now.

Deb Donnell has lived most of her life in Christchurch, and spent much of that time growing up and working in the central City. She has written two other books on the Christchurch Earthquakes – Cafe Reflections: Christchurch City 1975-2012 (out of print), and, with Pete Seager, Responders: The NZ Volunteer Response Teams’ Christchurch Earthquake Deployments. Deb is committed to documenting the region’s rebuild with her annual Christchurch Then and Now series. Deb also trains and mentors people on content marketing and book publishing through her company, Writing Diamonds Ltd.

There are no reviews yet.

Only logged in customers who have purchased this product may leave a review.